Eston Hemings was the youngest son of Sally Hemings and Thomas Jefferson. Eston Hemings learned the woodworking trade from his uncle, John Hemmings, and became free in 1829, according to the terms of Thomas Jefferson’s will. He and his brother Madison left Monticello to live in the town of Charlottesville with their mother, Sally Hemings.  Together they purchased a lot and built a two-story brick and wood house.

In 1832, Eston Hemings married a free woman of color, Julia Ann Isaacs.  About 1838 they sold their property and moved to Chillicothe, OH, where Hemings led a very successful dance band.  He was remembered as “a master of the violin, and an accomplished ‘caller’ of dances.”

At mid-century Eston and Julia Hemings and their three children, John Wayles, Anna, and Beverly, left Ohio for Wisconsin, changing their surname to Jefferson and living henceforth as white people. They settled in the capital, Madison, where Eston Jefferson pursued his trade as a cabinetmaker.  A 1998 study genetically linked his male descendants with male descendants of the Jefferson family. 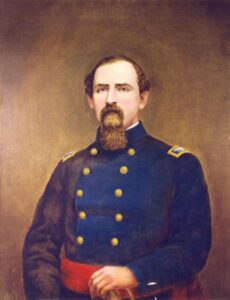 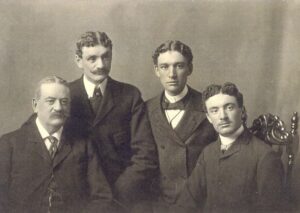 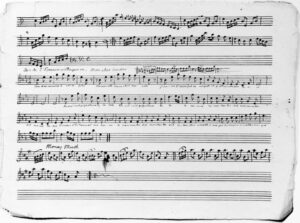 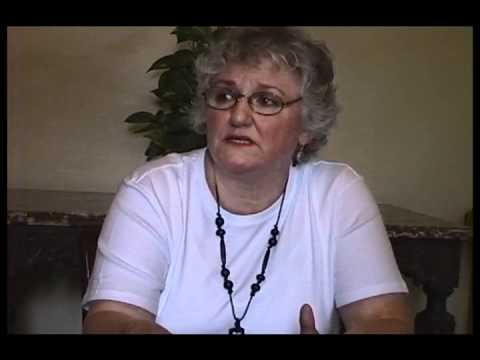 “They Struck Up ‘Money Musk’”

“I wonder if the music is as good now as it used to be?  I was at the great Charity…

“They Struck Up ‘Money Musk’”

A Chillicothe resident remembers Eston Hemings and his band.

I wonder if the music is as good now as it used to be?  I was at the great Charity Ball – as a looker on – given in this city a few weeks ago, where the music was furnished by the celebrated Barracks Band, but somehow or other it didn’t affect me at all like Heming’s used to at the balls we are speaking of.  When he with his violin, Graham Bell with his clarionet and Wambaw with the bass viol cut loose, there was only one thing to do, and that was – dance.  When they struck up ‘Money Musk’, or ‘Wesson’s Slaughter House,’ he was a chump indeed who could sit by and look on without clinching onto a pretty girl and joining the merry throng.  And there was no chance for a mistake in the girl, either, for they were all pretty – at least they looked so then.  Why is it that in the matter of looks the girls of to-day compare so unfavorable with the ones of that day?  Do spectacles make the difference?  Eston Hemings, the Ben Hunter of that day, was a fine looking man, very slightly colored, of large size and said to have been a natural son of Thomas Jefferson, but I never went very much on that story, although I have seen a life of Jefferson in which the name of Hemings is given as one of the household, and I have no doubt that his mother was a slave of Mr. Jefferson’s.  He built, I think, and lived in the brick house on Paint street occupied a few years ago by Mr. William Stanly.  His wife was a fine looking woman and either of them would have had little difficulty in passing as white people, but a nigger was a nigger in those days and that settled it.  He was in demand in all the neighboring towns in the winter season, and Circleville, Lancaster, Portsmouth and Columbus frequently sought his services.  When he left Chillicothe it was for the West, and I recollect hearing that one of his sons was at one time a member of the Legislature of a western state. (Angus Waddle, Chillicothe Leader, 26 Jan. 1887, Beverly Gray Collection) 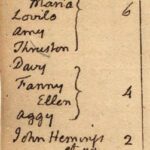